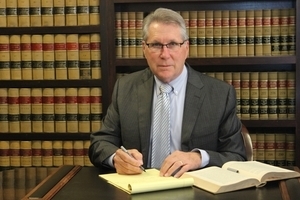 J. Michael Hayes, Personal Injury Lawyer, is a Board Certified Civil Trial Specialist* who has spent his entire legal career representing and helping victims of accidents and working to recover judgments in personal injury cases.

An experienced litigator, Hayes negotiates and takes to trial, where necessary, personal injury claims against insurance companies. He has been in private practice in Buffalo since his admission to the Bar in 1977, now leading a team of four in his firm, J. Michael Hayes Personal Injury Attorneys.

Hayes has authored books relating to legal issues in personal injury law and also serves as an adjunct professor at the University of Buffalo Law School where he teaches a course on Personal Injury and Motor Vehicle Accidents.

Hayes is a former President of the Inns of Court, Buffalo Chapter, and is active in the Western Region Affiliate of the New York State Trial Lawyers Association where he is currently Treasurer and has served as President. He is a former Director and a member of the New York State Trial Academy and is a member of the Association of Trial Lawyers of America. Hayes is listed in The Bar Register of Preeminent Lawyers, Best Lawyers in America, Who’s Who in America, Who’s Who in American Law and New York Super Lawyers. He was a Charter Member of the Buffalo Chapter of the American Board of Trial Advocates.

*This statement is not granted by any governmental authority. The NBTA and NBLSC are the only nationally recognized bodies that certify trial attorneys and are considered to be the legal equivalent to medical Board Certification. 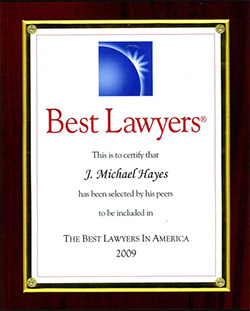 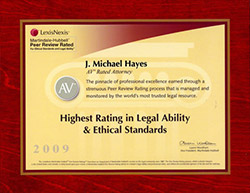 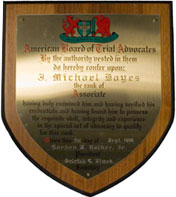 American Board of Trial Advocates,the rank of Associate Plaque 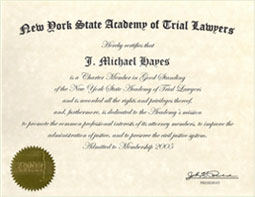 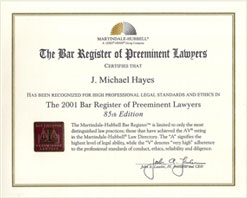 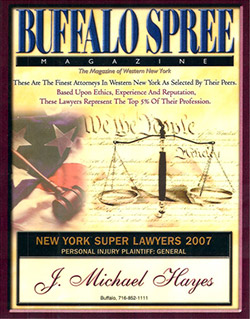 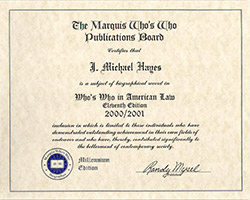 The Marquis Who's Who Publications Board 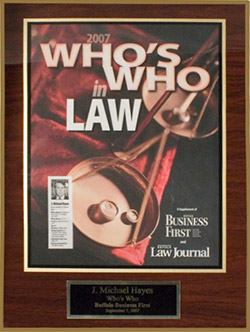 WHO'S WHO IN LAW